Dementia & Driving: When Is It Time to Hang up the Keys? 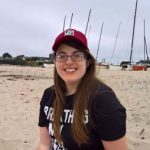 For nearly 55 years of driving, my grandma has been an excellent driver. In fact, she got her first ticket – a parking ticket – about five years ago, when she was 80 years old. She sounded pretty proud of it, walking up to the officer as he was placing the ticket on her windshield. Her haircut had taken just a little too much time, and no rush-hour street parking had gone into effect! She told the officer that she hadn’t got a ticket in 50 years!

Dementia and driving a car

In the last year, she was diagnosed with dementia. She was able to continue driving for many months, but at her last doctor’s appointment, things shifted enough that the doctor knew my grandma’s time behind the wheel was coming to an end. He told her it was time to give up driving.

Of course, this came as a bit of a shock to my grandma, with her stellar driving record and all! “I’m still a good driver!” she’d say.

Yep. She’s right. But the progressive and often unpredictable nature of dementia adds in variables that, as things change, need to be taken into account.

Is it time to hang up the keys?

Years ago, even in the midst of safe driving, things would happen. A trip to a different store than the usual one would take an hour of driving instead of 15 minutes because of getting off course. Directions were needed more often. As someone who both doesn’t drive myself and has always been directionally challenged, I didn’t think much of it whenever I experienced or was told of these things happening. But the signs were starting to pop up, slowly, inconsistently, even years ago.1

Of course, even that type of confusion can lead to decreased confidence behind the wheel, even though the ability to make judgments may remain sound. Struggling with direction myself and living with attention deficit hyperactivity disorder, I certainly can understand how the increased need to focus on one aspect of driving can be distracting. It could cause problems with all the other things that must be kept in mind while driving!

A duty to report

The doctor telling my grandma to give up driving a car because of dementia was not a suggestion. Fortunately, she was in the position to allow my grandma to “ease out” of driving. She did not feel there was a current risk, but the time was coming where she would be obligated to report her to the licensing authority for her license to be revoked.

If timing and symptoms deem appropriate, this is, of course, likely the best way to facilitate that transition. The knowledge was there that she had three months left to drive. Meanwhile, the snow started falling. We don’t think she’s been in the driver’s seat since that appointment, except to open the garage door and make sure the car still starts!

While the loss of independence around hanging up the keys is stressful in itself, I’ve also read that a major secondary concern in giving up a driver’s license among older adults is about having ID. After all, even if the person has a passport, nobody wants to carry their passport around everywhere!

A difficult conversation about dementia and driving a car

While the conversation around driving a car and dementia can be difficult, it is an essential one. If you are facing this with a family member or friend, do some reading before the conversation.

Offer what you can to make their transition to being a non-driver easier, such as taking them grocery shopping and on outings, or simply just for a Sunday drive! Find out ahead of the conversation what is available in your area, such as identification card programs or volunteer programs, that take older adults shopping.

There are organizations like the Alzheimer Society (Canada, UK) or Alzheimer’s Association (USA) that can also provide assistance and local resources. Being prepared can help make a difficult conversation at least a little easier.