Pride & Patience: Traveling with My Wife with Alzheimer’s 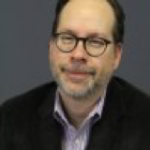 As we waited for our plane to depart, the gate attendant announced: “Anyone needing special assistance may now board.” I nodded to Barbara, we rose together and slowly walked toward the airplane gangway. Even as early-onset Alzheimer’s began to take its toll on my wife in her mid-40s, Barbara still loved to travel. We had explored over 50 different countries and her eyes would light up when I asked her where we should go next. Unable to bring up any places she hoped to travel to, I would show her colorful pictures of far off places that she could pick from.

Although gate attendants are trained never to question anyone’s reasons for boarding early, I felt the need to explain my wife’s illness: “I’m sorry, she has early-onset Alzheimer’s and we need extra time to get her situated.” The gate attendant smiled at us, “No problem sir, I hope you both enjoy your flight.” Not everyone is immediately compassionate though; fellow passengers didn’t seem to understand why two seemingly healthy people in their mid-40s were boarding early and stealing their overhead bin space.

Today, five years after her passing at age 50 due to complications related to the disease, I am not sure why I felt any embarrassment at all. Maybe I was just transitioning from being a seasoned world traveler to an unseasoned caregiver.

Navigating the world with my wife’s deteriorating memory posed other challenges. Friends not yet knowing that Barbara was suffering from Alzheimer’s would ask about an upcoming get together and whether we would be attending. Barbara would exclaim, “Tim never tells me anything!”, not remembering that we had talked about the event several times previously. As a devoted husband, I bit my lip and swallowed my pride, but I still struggled with my own self-image. I was no longer the proud husband of an independent, free thinking woman with two graduate degrees; as Barbara’s struggles grew, I wondered what other people, even strangers, thought of us.

I had similar issues at restaurants. At fast food restaurants, I would encourage Barbara to choose what she wanted to eat before we got in line, only to have her change her mind when we got up to the cashier to order. Even after her initial decision, she would become confused with all the pictures on the menu boards and reconsider her choice as people in line behind us became increasingly agitated at the “crazy woman” ahead of them who couldn’t make up her mind. At nicer restaurants, Barbara would often ask the waitress when she was going to take our order, not realizing that the perplexed waitress had already done so five minutes earlier.

Counterintuitively, as Barbara continued her downward cognitive spiral and her condition became more recognizable, I was able to better handle my own discomfort. Part of this resolution was the result of my coming to terms with her illness and our changing relationship. I also found support by having Barbara wear buttons indicating her condition. My favorite read: “Please be patient with me. I have dementia.” I also found that business cards with similar wording went a great deal in changing people’s attitudes in restaurants and airports. Angry glares were replaced by compassionate looks and offers of assistance.

My struggles with caregiving helped me grow as a person as I learned to come to terms with my own pride and self-image. More importantly, I learned to exercise patience not only with Barbara, but with others. We don’t know the often-hidden struggles that others endure; maybe we should give everyone the benefit of the doubt.