Interview with Dr. Berman: Recruiting for an Alzheimer’s Study on Light Therapy 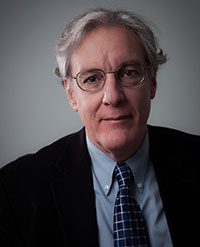 Dr. Marvin Berman is President of Quietmind Foundation, founded in 2000. He directs QMF’s research programs in noninvasive non-drug treatment development for neurodegenerative and neuropsychiatric disorders with a focus on photobiomodulation and neurofeedback. Dr. Berman is a thought leader in the emerging field of digital neurotherapeutics, having published several papers and book chapters on photobiomodulation and neurofeedback training. He also certified as a Bioenergetic Therapist while receiving his PhD in group and organizational psychology from Temple University. Dr. Berman maintains a consulting practice for complex cases in psychoneurophysiology, photobiomodulation, and neurotherapy with children and adults and directs the neurotherapy clinic at Quietmind Foundation.

Can you tell us more about your Alzheimer’s research? What do you hope to find?

Our main goal is to provide a home-based, safe, affordable and reliable non-drug treatment that will reverse the cognitive and physical challenges of Alzheimer’s and other forms of dementia and neurodegenerative disease. We have shown that low power infrared light therapy delivered to the scalp and through the eyes can positively affect memory, mood, visual acuity, as well as a range of parkinsonian symptoms including stiffness, facial masking, gait, and balance.

Why is your research important for the Alzheimer’s community?

I would think the most significant finding is that there’s a currently available treatment that has been shown to be effective, unlike the 1,000+ drugs that have been tested and failed. We were able to show that memory and behavioral symptoms can be remediated with twice daily, 6 minute stimulation with LED light in the 1060-1080nm range. We have also seen improved cognition in people who have dementia or Parkinson’s using low power 810nm transcranial and intranasal stimulation.

How can our community members get involved in your study?

The photobiomodulation treatment for dementia research study is ongoing at this time and there are 25 slots remaining to be filled in our cohort. We hope to complete the trial in early 2020.

How do you think your research will positively affect people with Alzheimer’s?

The research will at least provoke more thought about how dementia is a systemic illness and therefore not treatable with a single-molecule solution. Also, the research will show that there are alternative methods for effective tissue-level health that don’t involve drugs or invasive surgical procedures or techniques. At best it will be an immediate treatment option that is easily scalable to provide treatment to the millions of people who need help right now to slow or stop decline and in many cases reverse symptoms.

What do you feel people still don’t understand about living with Alzheimer’s?

Dementia as Dale Bredesen (The End of Alzheimer’s) and others have noted is a systemic disorder that has many contributing factors and therefore requires a systemic solution to be effective in the long term. I also think it important to remember that the neuron is an electro-chemical system so that if you change the electrical activity you will alter the chemisty and this approach has not been explored as much as altering chemistry. We also need to understand that the damage to the electrical networks is not going to be repaired by chemical interventions alone, it requires retraining the brain back to normal connectivity using biofeedback training. Our model of treatment integrates both the chemical intervention by stimulating ATP with the photobiomodulation and renormalizing EEG network connectivity with neurofeedback training.

What is some new Alzheimer’s research that you’re excited about?

We’ve shown that near-infrared stimulation will improve cognitive and behavioral functioning in people with dementia. These findings were also replicated by the Department of Neurosurgery at Baylor Scott and White hospital last year with 12 subjects. Improvements of as much as 100 percent were noted in long term memory and 60 percent in short-term word recall after using the infrared light stimulation twice daily for 6 minutes each time for 28 days. Parkinsonian symptoms also were improved as this sample was dually-diagnosed with dementia and Parkinson’s disease. New studies even show improved movement using simple homemade transcranial infrared light stimulation. I think they’ll see even more improvement when they correct the lack of connection between the left and right hemispheres in certain parts of the brain – the occipital and parietal lobes.

The current double-blind, placebo-controlled clinical trial for which we are still recruiting, is a 2-month program of home-based treatment using the Cognitolite 1068nm transcranial stimulation headset. People in our study will be evaluated 3 times over the 60 day period to measure changes in memory and brain electrical activity (EEG). This is an expanded version of the trial done at Baylor Research Institute that now has two sites that when combined will include 100 subjects with early to mid-stage dementia.