Can Sleep ‘Brainwash’ Away Toxins Tied to Alzheimer’s? 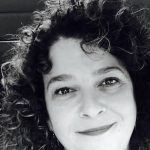 A lot of buzz dropped recently about new research into neurological mechanisms that occur during sleep.

Researchers at Boston University reported in a study published in 2019 that they found cerebrospinal fluid (CSF) presents itself as waves that wash into the brain as we doze.1

This “brainwashing” mechanism seems to serve a detoxifying purpose during slow-wave sleep, in particular.

How does this relate to Alzheimer’s disease (AD)?

Slow-wave sleep is also known as stage 3, N3, nonREM stage 3 or delta sleep. This deepest of sleep stages has, as its chief purpose, the role of repairing the brain and body at the cellular level. The brain releases human growth hormone (HGH) at this time.

As we age, this sleep stage gradually shortens because the body and brain aren’t actively developing structurally in our later years. Children, on the other hand, enjoy large quantities of slow-wave sleep.

One undesired result of reduced slow-wave sleep: toxic buildup of certain kinds of proteins (such as beta amyloids) can damage brain cells.

If these clusters break apart from complete chains, they can reform as plaques on nerve cells in later life, as the result of ongoing sleep disturbances—which can cause cognitive dysfunction and memory problems, sometimes irreversibly so.2

It’s the presence of this amyloid buildup in the brain that’s positively linked to dementia and memory issues for people with AD and other neurological disorders.

What the Boston University research found

In this 2019 study, the scientists captured MRI evidence of blood flowing from the brain during slow-wave sleep, an exit that then prompted an incoming tide of CSF.1 These waves of fluid appear to flush the brain of toxins, among them those proteins well known to impair memory.

Study co-author Laura Lewis, who serves on both the biomedical engineering and systems neuroscience department faculties at Boston University, said that “the neural change always seems to happen first, and then it’s followed by a flow of blood out of the head, and then a wave of CSF into the head,”. She also said CSF pulsing during sleep “was something we didn’t know happened at all, and now we can just glance at one brain region and immediately have a readout of the brain state someone’s in.”

These findings have generated a great deal of excitement, as they may lead to a better understanding of how and why certain kinds of neurological conditions, like AD, connect biologically with disrupted sleep.

Caregivers of loved ones with AD or other forms of dementia or cognitive dysfunction don’t need science to convince them that poor sleep is a big part of the dementia puzzle. They deal directly with nighttime wandering, sundowning, excessive daytime sleepiness and other sleep-wake behaviors consistent with AD.

Some of these problems could be caused by AD, could be the result of AD, or could be linked to medications used to treat AD or other comorbid conditions.

What’s more, it’s also documented that seniors who use sleep aids to manage their sleep—especially over-the-counter diphenhydramine, such as Benadryl, “PM” pain relievers, nighttime cold medications, or ZZZquil—may contribute to the development of memory-related problems and early-onset dementia.4,5

However, knowing the links exist doesn’t mean neuroscientists know how or why they exist.

How to improve sleep in AD

Caregivers can strive to incorporate the following NSF best practices to help their loved ones with AD capture as much solid, undisturbed sleep as possible.3 It might be difficult, but if it means their dementia slows in progression, then it’s worthwhile.