How Common Is Alzheimer’s Disease?

When looking at health and disease, statistics and epidemiology can be helpful in terms of trends in diagnosis, identifying risk factors and at-risk populations, and aid in putting together screening, diagnostic, and treatment programs. While statistics are not a be-all, end-all, and often only provide correlations that may or may not indicate causation, and should certainly be placed in context, they can be a valuable tool for researchers, doctors, and even patients and their families.

Epidemiology enables us to see and understand the number of people who have a disease or condition, potential environmental factors, as well as age groups in which it occurs, as well as risk factors. It is an area of medicine that looks at the factors that make up the presence or absence of diseases.1 It also tracks the spread of disease and how diseases are spread, and the changing demographics of disease and health.

How common is Alzheimer’s disease?

Worldwide, in 2017 it was estimated that approximately 50 million people were living with Alzheimer’s disease or a related type of dementia.3 It is thought that this number will nearly double every 20 years, with higher increases in developing countries.3 There are 9.9 million new diagnoses of dementia every year.3 More than half of the world’s Alzheimer’s or dementia patients (58%) live in low or middle-income countries, where healthcare is not as advanced, or access to healthcare is not easily accessible. 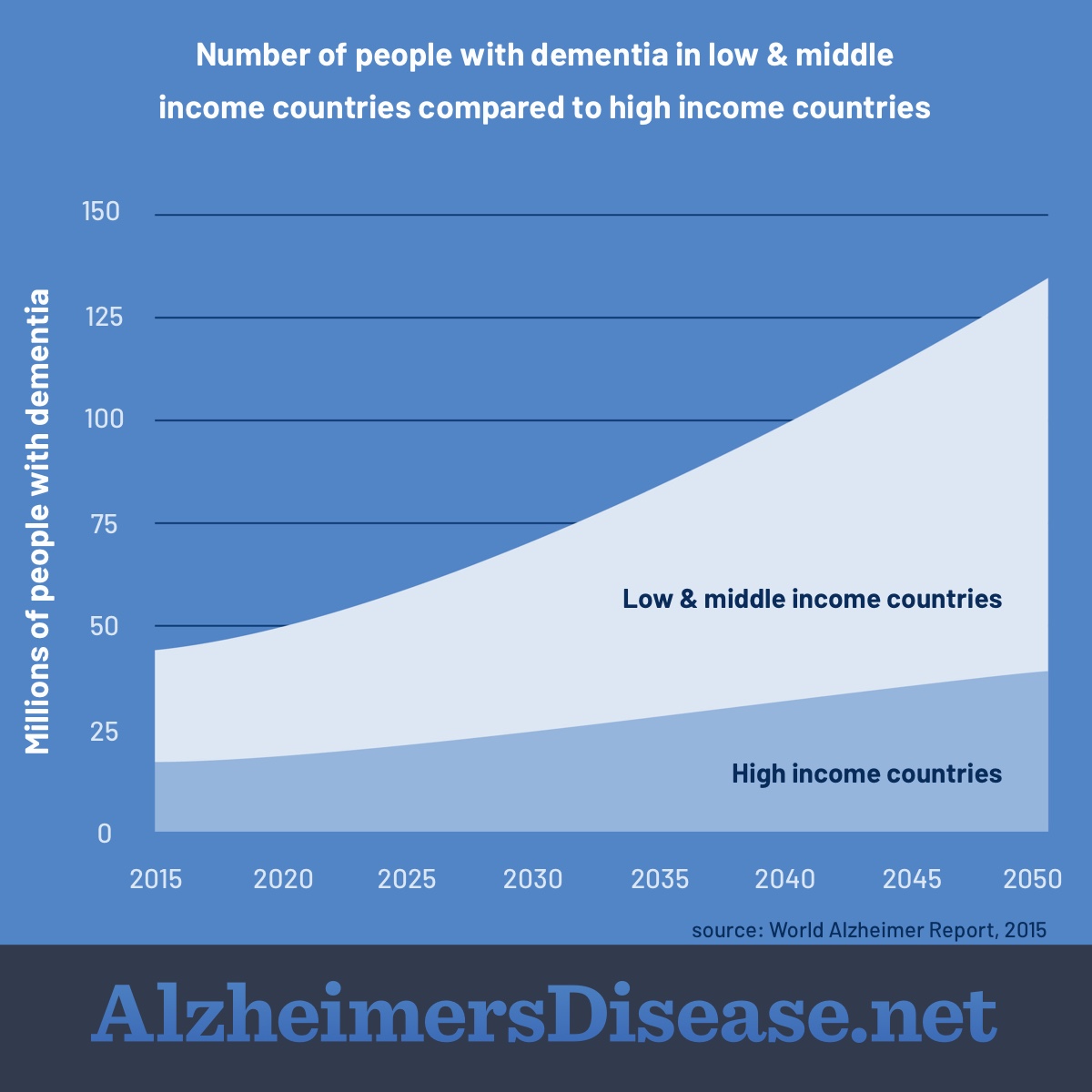 Who gets Alzheimer’s disease?

Almost two-thirds of Americans diagnosed with Alzheimer’s are women.2 Of the previously mentioned 5.5 million people with Alzheimer’s disease, 3.4 million are women and 2.1 million are men.2 There are several hypotheses for this, including the fact that women tend to live longer than men, and older age is the most important risk factor for Alzheimer’s disease. More research is being done as to whether there are biological or genetic factors to this.

Statistics and epidemiology are wonderful tools that help give us a broader view of disease and health, but they should be seen as part of the larger picture. A patient is not a number or statistic, and there will always be individual factors that come into play.