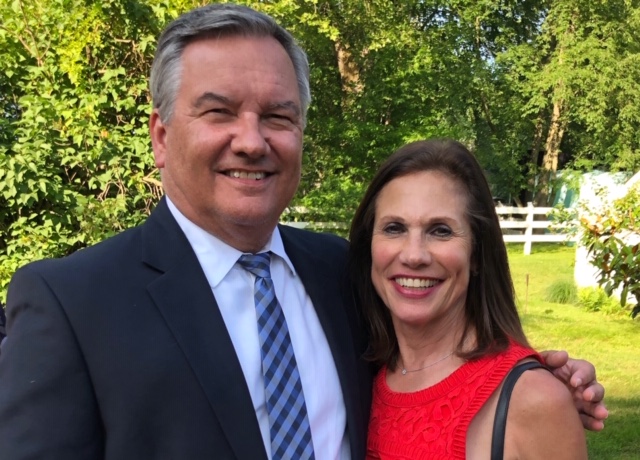 The Klunders was previously an advocate on AlzheimersDisease.net.

We are married, and we take care of Jim’s mother, Joan, who turns 85 in October 2019. The three of us were born and raised in southern California. Joan’s mother, Jim’s grandmother, passed away about 20 years ago from Alzheimer’s and as Joan predicted, she has been battling it for about five years. Four years ago, we moved Joan in with us in Berwyn, Pennsylvania (a suburb of Philadelphia) where we have lived since 1998. Joan has three children, eleven grandchildren, and soon-to-be six great-grandchildren.

We are contributing to AlzheimersDisease.net to tell Joan’s story, including the early signs of dementia (some overlooked) all the way through the progression of what we have experienced as her primary caregivers. We will share stories - some funny, some not. The stories will include interactions with doctors, medication, cognitive testing, the benefits of posting notes, stuffed animals, friends, family, and our additional caregivers. Our hope is that those visiting this site will learn what to expect and how we face challenges with the understanding that we are not experts – and no two situations are the same.

Click here to read all of Jim & Marilyn's articles on AlzheimersDisease.net.

Interview With Steven Barbieri: Diagnosed With Early-Onset Dementia at 51