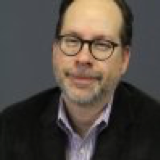 Tim was previously an advocate on AlzheimersDisease.net.

Renata and Tim Louwers co-founded Months To Years in 2017 after the losses of their first spouses (Ahmad and Barbara, respectively) in 2014. Digital bi-coastal nomads, they spend much of their time traveling and consider home to be Virginia’s Shenandoah Valley and San Francisco. He has raised significant funding for the Alzheimer’s Association in the years following Barbara’s death from early-onset Alzheimer’s. Professor Emeritus at James Madison University, he retired in 2017 as the Director of the School of Accounting. He has a Ph.D. in Accounting from Florida State University and is a Certified Public Accountant (CPA). He is writing a memoir about Barbara’s last 100 days. Inspired to help others find peace and beauty in death, Tim’s focus is on identifying resources to help younger spouses of the terminally ill.

Click here to read all of Tim’s articles on AlzheimersDisease.net.

How to Assist Your Loved One With Eating a Meal

Memory Books for Our Loved One’s With Alzheimer's