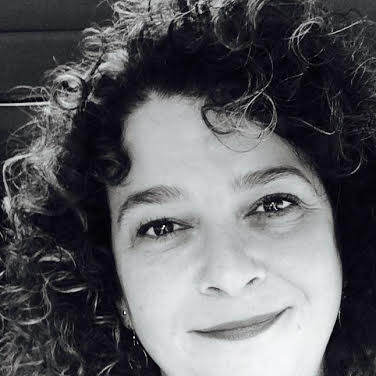 TK Sellman, RPSGT CCSH is a career journalist (Columbia Chicago, ’90). She was diagnosed with idiopathic hypersomnia in 2010, which inspired her to go back to school to become a sleep technologist in 2012 and a professional sleep educator in 2014.

Her IH diagnosis was later abandoned when her neurologist in Seattle confirmed RRMS was to blame for her continual fatigue, as well as other symptoms of relapse (tremor, migraine, paresthesia, and tinnitus). She’s been taking Tecfidera since her diagnosis in 2013 and remains in remission.

At first, the MS diagnosis made her angry, as it came within a couple weeks of graduating from an intensive polysomnography program, when she faced the dread that comes with taking national board exams.

“At age 47, if you go back to school, your age is a big enough hurdle. Having the MS diagnosis was like taking the ultimate test. Do I really want to start this new career? Is it worth it?” She passed her board exams with flying colors and decided the answer was “Yes.”

Sellman worked in the sleep lab for nearly two years before deciding she needed to give it up for day work. Now she writes news copy and educational materials for the sleep technology field and serves as a freelance sleep health journalist and blogger, all which allow her to work from home, on her own time, while combining these skill sets.

When people ask her how long she has had MS, she says “I don’t know. I experienced MS hugs in 1975 at the age of 9. By age 20, I’d contracted two cases of mono and multiple UTIs. Fatigue and immune system problems have shaped my entire adult life. Then paresthesia started in 2001. It’s anybody’s guess.”

Sellman is also a creative writer who has written and published short prose and poetry about her experiences as a PWMS, which she has collected into a book she hopes to publish in 2020.

Her symptoms are mostly invisible. “People know me as a high energy person, but what they don’t see is the me who doesn’t leave the house on the days when everything feels like a walk through quicksand, when my speech patterns fail and I can’t remember the simplest things.”

Aside from MS, she also lives with IBS, sleep apnea, and multiple forms of arthritis. She relies on mindful self-care, solid friendships (live and online), an arch sense of humor, and the stubbornness to keep going.

“I’m still the same person I was before diagnosis,” she says. “As long as I get my brain rest, it’s all good.” Fortunately, living in the woods in the Puget Sound area with a garden and space to walk allows her many opportunities for quietude and restoration.

It is her pleasure to write for multiple communities under the Health Union umbrella, as sleep problems figure prominently in all categories of chronic illness. “What a privilege! I feel I can help a lot more people in this way than I could in a clinical setting, and appreciate the opportunity,” she says.

Click here to read all of TK’s articles on AlzheimersDisease.net.