Link Between Nature & Alzheimer’s: My Memories Through Nature 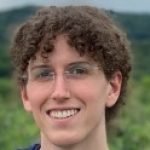 One of my earliest memories with my grandmother is of us placing peanuts along the railing of her deck and waiting for a bluejay to come. I was always so amazed that their coloring had no parallel in the woods behind it, this being was special and chose to be here. Not even flowers could match the bird’s vibrancy. I’m sure there were multiple bluejays she fed, though because we only saw one at a time – in my memory there was only ever one. I thought of her, years before I was born, first negotiating with the bird. Having the patience required to make the bird feel safe enough to perch and eat so close, sitting quietly enough so that to the birds, she was just a part of the background.

There was a sacredness to this interaction that came when she told us that the bluejay was her mother. The concept of ancestors, like my great grandmother, being able to ride in on a bluejay whenever they wanted to materialize for a visit was something I had never heard before. But because this reveal was coming from my grandmother, who was always gentle and genuine with me, I believed it instantly. Here’s my perspective on the link between Alzheimer’s disease and nature through my grandmother’s experience.

Spending time at the pond

As I grew up and spent more time away from home, our love of birds still brought me and my grandmother together. At the beginning of her Alzheimer’s diagnosis, my grandmother would ask to drive by a pond near her house to watch all the birds that had gathered. She loved keeping tabs on the ducklings as they grew up and moved to their own ponds or had their own families. It was beside a busy street but still full of so much wildlife.

There were even beaver dams that had to be continuously taken down as they flooded the road. The conversation was slow but meaningful, we’d get cookies and I’d ask her questions or just tell her about my life if it seemed she was getting stressed about struggling to respond. One afternoon I asked her which age of her life was her favorite and she said “twenty-one, I had just gotten married and then we [her and my grandfather] opened the dry cleaners.”

I wasn’t sure how to process just starting to hear the story of her life as she was forgetting it, but at least we could enjoy the birds together and I could hold some of this narrative for her. Alzheimer’s disease and nature had certainly become a link for my grandmother.

Bringing back the birds

As my grandmother progressed through Alzheimer’s she took to sitting in her front room at home and watching her neighborhood. We would visit with her while she gazed out the huge windows, taking everything in, over and over again. At this point, the extent of our interaction was just her acknowledging that she heard me by saying “yeah”. I began to worry that this would get boring for her so I wanted to give her something beautiful to look at.

I thought of our meetings with the bluejay and decided it was time for the ritual to take place in reverse. I bought a bird feeder and placed it directly in front of the big windows. This time my grandmother would be the rarity, the being others congregate around to marvel at. I’d be able to say “grandma look at all these birds who’ve gathered for you, they’re only here because of your specialness! You’re the bluejay!”

It’s impossible now to not see her in a bluejay because I know that if moving between worlds is possible, she would choose the same vessel as her mother so that we could recognize her.